Beat your cold with Kadha 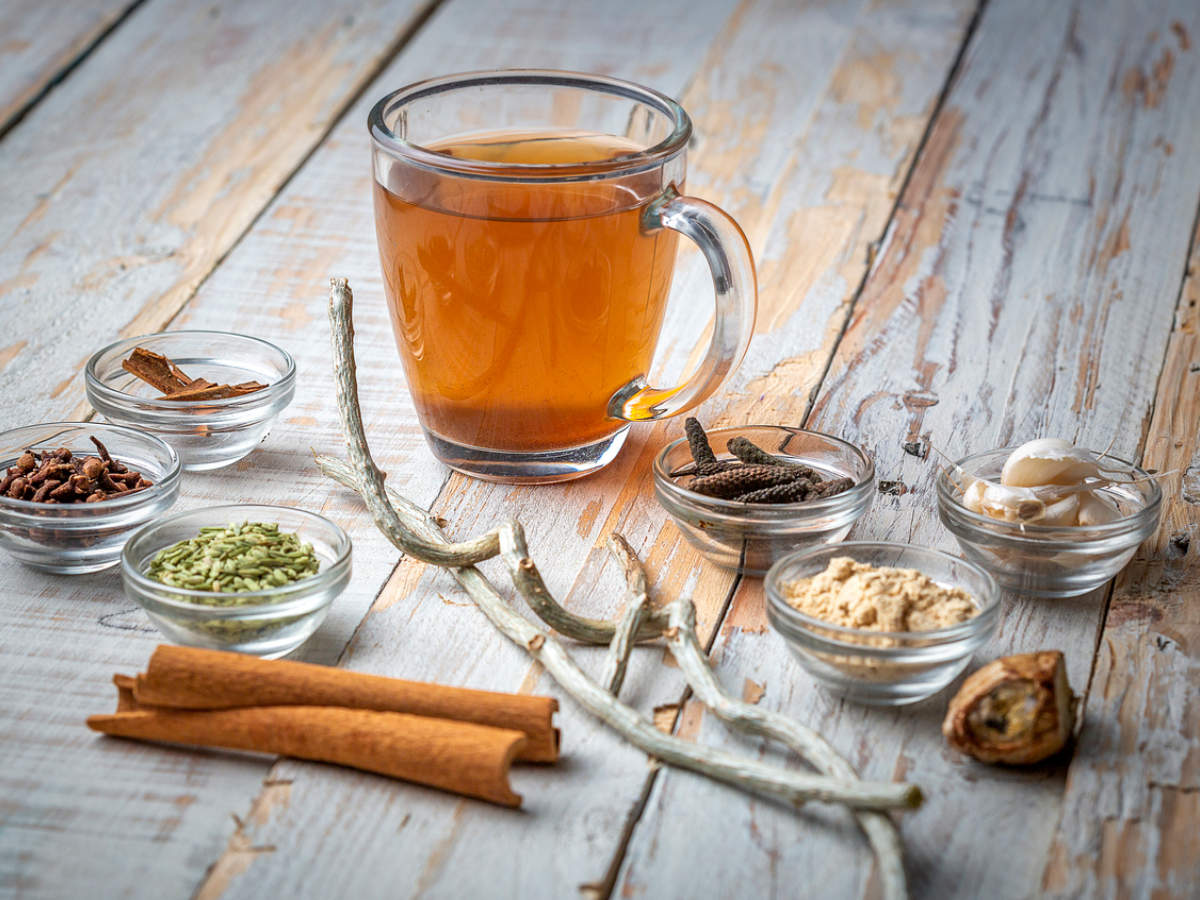 As Monsoon season approaches, people are often plagued with an irritating itch in their throat, blocked sinuses, and running noses. All of these symptoms indicate the start of cold in one’s body. The irritating flu can arise due to seasonal changes or even allergic reactions. While there are many tried and tested methods of giving your cold “the slip”, many recommend using kadha to treat cold.

The perfect homemade remedy, kadha is a traditional Indian beverage. It is consumed in the form of tea. Making kadha involves the use of a number of Indian herbs and spices. Having kadha can protect one from cough, sore throat, and fever.

While a number of recipes are available to prepare this homemade remedy, an authentic grandma’s kadha works the best. It reminds you of the soothing tranquility of your childhood. One can follow the following recipe to prepare grandma’s kadha.

To get the full effect of an ayurvedic kadha and fend off cold one must make use of the following ingredients: one clove, one teaspoon of crushed black pepper, one teaspoon of finely cut ginger, five tulsi leaves also known by the name Indian Basil, and one teaspoon of honey. These ingredients make up to 2 glasses of kadha. It takes approximately ten minutes to prepare this drink.

When making kadha, the first step is to heat a pan and add all the ingredients to it, namely – the clove, black pepper, ginger, and tulsi (Indian Basil) leaves. Dry roast the ingredients on a slow flame for at least 30 seconds. Next, add two cups of water to the pan. Mix the concoction well and let it simmer on a medium flame for around five to seven minutes. Continue to stir the mixture occasionally. Once this is done, strain the mixture using a strainer. At this point add the honey and stir the drink well. Now pour the kadha into two glasses and drink them immediately.

What are the benefits of kadha?

Drinking kadha is highly beneficial for preventing cold. It works in soothing a sore throat and easing a cough apart from treating cold. Kadha is made up of clove and black pepper both of which are expectorants that help to loosen mucus in the sinuses. Expectorants treat coughs; they are medicines that involve the secretion of sputum by the air passages.

Warm water also plays a crucial role as it soothes the throat and is responsible for killing germs. Honey is also an important ingredient that not only balances the flavor of the kadha but also adds anti-inflammatory properties. One should use a good brand of organic honey while making this drink. Studies have shown that any honey such as eucalyptus honey, citrus honey, or labiatae honey can be used as a suppressant for coughs. It is a known remedy for treating respiratory infections and acute nighttime coughs.

Kadha has effective results and boosts one’s immunity. It is also loaded with antioxidants.